Composing music is a good way to express yourself artistically and to communicate your sentiments. For the past ten years, I have been creating earnest songs and forming instrumental guitar pieces; treading out into unknown territory, like a far less heroic Captain Scott.

By writing, performing, and recording, I have left a personal account for any subsequent explorer to discover. In some ways, my back catalogue is the story of my life; an ordinary and relatively uninteresting tale expressed with sound. A Portrait of the Artist as a Young Man by James Joyce, but without his genius or luck. Still, having composed with integrity, when I am old, I will be able to look back with contentment.

George Orwell stated four motives for writing in his essay Why I Write (1946): -

Of these reasons, I think my works mostly address the first two with a hint of the third. Firstly, there is sheer egotism in stressing that your creations should be remembered into old age; my artistic deeds are no more important than the measurements of an accountant. Secondly, I do take great pleasure in the aesthetic arrangement of sounds and words when composing music. And thirdly, there is a need to find the historic truth, or as Orwell put it,- "[a] desire to see things as they are, to find out true facts and to store them up for the use of posterity."

Aside from egotistical, aesthetic and historic reasons, original music can be created to set the mood and tone of a nation. This motive, Orwell's forth, political purpose, is potentially a very powerful way to use music. In 1997, South Africa adopted a new national anthem, whose lyrics were composed of four stanzas and included five different languages. These hybrid fragments of old songs, combined in a new way, were designed to symbolically represent the Rainbow Nation ideal.

Here is the song, sung by the Soweto Gospel Choir.


To conclude, sometimes composing is a privately artistic activity, sometimes it is publicly political, and sometimes it strikes a balance between the two. There are so many public spaces - film, radio, television, weddings, concerts, restaurants, supermarkets - and I would like to start composing for them. So far, I haven't shown enough genius or had any luck, but what matters is that I do create, that I love to create, and that I keep on creating.

Or as Samuel Beckett once wrote. 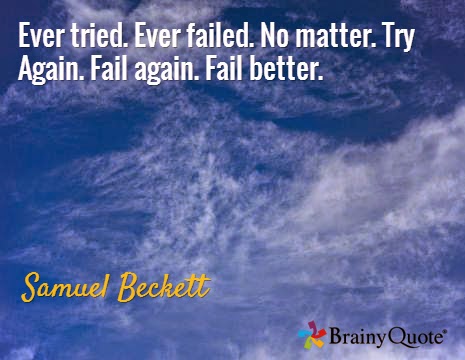